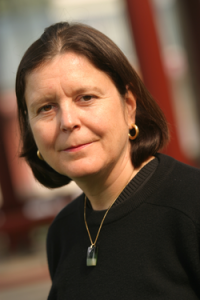 Jakobson has been a student of Chinese politics and China’s foreign and security policy for the past three decades. She is internationally known for her publications about China’s foreign policy. Her China-related career includes posts as a teacher (at the Shandong Institute of Economics in China), a lecturer (at Hong Kong City University), a foreign correspondent (in Beijing), a visiting professor (at Sydney University), and senior researcher and program director (at the Finnish Institute of International Affairs, Stockholm International Peace Research Institute (SIPRI), and the Lowy Institute for International Policy). She has served as a policy advisor on China-related issues to the president, prime minister, or foreign minister in seven countries. In 2017 Jakobson was invited to join the board of the new Diplomatic Academy of the Department of Foreign Affairs and Trade.

Before moving to Sydney in 2011 Jakobson lived and worked in China for 22 years. A Mandarin speaker, she is the author, co-author or co-editor of seven books about Chinese and East Asian politics and society as well as the author of over 100 other publications about Chinese politics and society, China’s foreign and security policy, the Taiwan Straits, China’s science and technology, and China’s Arctic aspirations. Two of her books and one report have received awards. Her most recent book, written with Dr Bates Gill, is China Matters. Getting It Right For Australia (BlackInc/Trobe University Press 2017). Her current research focuses on Australia-China ties and China’s foreign and security policy.

Jakobson is the founding director of the not-for-profit China Matters, a China Australia foreign policy initiative. China Matters aims to stimulate a nuanced and informed public discourse about China’s rise and its implications for Australia.

She and her husband, Chris Lanzit, also a Mandarin speaker, live in Pyrmont, New South Wales. They are permanent residents of Australia.